Terry Bradshaw Will Hit the Stage in Branson

Terry Bradshaw Will Hit the Stage in Branson

Bradshaw takes audiences on an exciting ride through his storied career on and off the field through music, storytelling and comedy

Tweet It: #NFL legend and iconic entertainer #TerryBradshaw returns to Branson’s @CCooperTheatre with his acclaimed #TheTerryBradshawShow! Don’t miss his opening on 4/16!

BRANSON, Mo. – Feb XX – NFL Football Hall of Famer and multi-talented entertainer, Terry Bradshaw, will return to the Branson, Missouri stage in 2022 with 12 new performances of his hit “The Terry Bradshaw Show” starting April 16. Bradshaw will bring his dynamic singing ability, endearing personality and comedic charm to the Clay Cooper Theatre with a production that chronicles his life’s journey through comedy, music, and storytelling.

The widely acclaimed 70-minute production showcases Bradshaw’s incredible talents as a live performer. Chronicling his storied life, from his childhood in Louisiana to his legendary 4x Super Bowl championship NFL career, Bradshaw entertains audiences with the same straight-shooting humor that has made him an all-time favorite as an Emmy Award-winning co-host and analyst on FOX NFL Sunday and the beloved patriarch on his family’s hit E! TV series “The Bradshaw Bunch.”

Tickets are on-sale now and can be purchased online at ClayCooperTheatre.com or by phone at (417) 332-2529.

Fans can also get a look at the production of Bradshaw’s recent HBO Special “Terry Bradshaw: Going Deep” which debuted on HBO Tuesday, Feb. 1 and is now available to stream on HBO Max. Filmed in 2021 during a performance of “The Terry Bradshaw Show” at the Clay Cooper Theater, the unique documentary special is directed by award-winning documentarian Keith Cossrow of NFL Films and showcases Bradshaw’s distinctive stage show with a revealing interview and rare archival footage.

The talented team behind “The Terry Bradshaw Show” includes musical direction by Smokin’ Joe Escriba. The show was written by Jon Macks with original songs by David Goldsmith and John Kavanaugh. Bradshaw’s dynamic singing ability, endearing personality and charisma will carry on throughout the show.

About Terry Bradshaw
The only NFL player with a star on the Hollywood Walk of Fame, Terry Bradshaw continues to entertain fans far and beyond his legendary professional football career with the Pittsburgh Steelers. The four-time Super Bowl champion quarterback, two-time Super Bowl MVP and Pro Football Hall of Fame inductee joined “FOX NFL Sunday” as co-host and analyst with the show’s inception in 1994. In addition to his long-term role as a multi-Emmy and award-winning broadcaster, Bradshaw has starred in movie and television hits including the box office smash comedy romance, “Failure to Launch,” “Father Figures,” “Better Late than Never,” and “The Masked Singer.” Bradshaw is also a gospel and country singer, motivational speaker, New York Times best-selling author and breeder of championship quarter horses. Last year Bradshaw took on a new role as the star of E!’s “The Bradshaw Bunch,” which follows the adventures of his family and will return for its second season this fall.

Legendary professional football player and iconic entertainer Terry Bradshaw will hit the stage in Branson with his musical, comedy, and storytelling production, “The Terry Bradshaw Show.” Bradshaw will bring his dynamic singing ability, endearing personality and charisma to the Clay Cooper Theatre with a production that chronicles his life’s journey through comedy, music, and storytelling. “The Terry Bradshaw Show” will showcase the same straight-shooting, self-deprecating humor that has made Bradshaw an all-time favorite as an Emmy Award-winning co-host and analyst on FOX NFL Sunday. Tickets start at $50 and are now available for purchase on our website, walk up, and by phone at 417-332-2529. 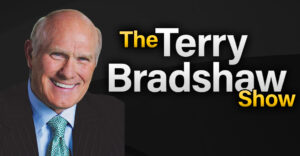 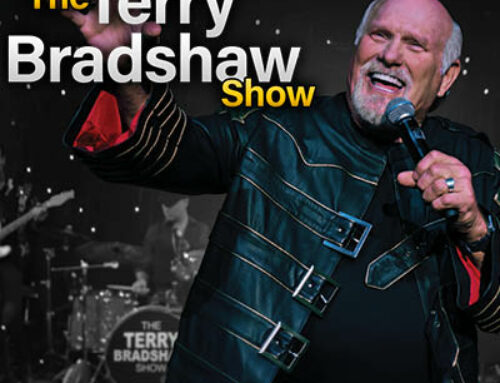 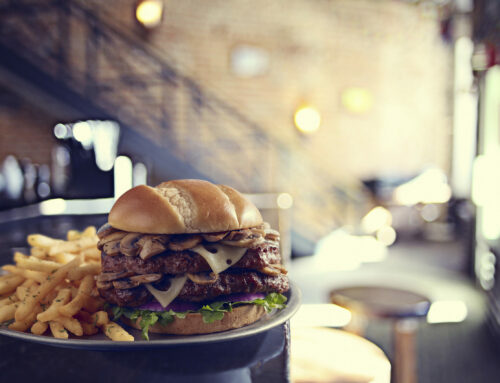